Although Dennis is yet to compete in an FE race, BMW said the British driver was “impressive” during an intensive selection process that involved several test drives in the iFE.20 as well as further work in the team simulator.

The 25-year-old competed against BMW in the 2019 DTM season, scoring a best finish of sixth with newcomer R-Motorsport Aston Martin, but was left without a drive after the outfit withdrew from the category after a single season.

The British driver has since contested the Bathurst 12 Hour and a round of the European Le Mans series, the latter with the JOTA squad alongside Anthony Davidson and Roberto Gonzales.

Apart from Dennis, BMW’s DTM drivers Philipp Eng, Marco Wittmann and Lucas Auer had all tested the marque’s Formula E car in recent months as it evaluated a replacement for Sims.

“I’m really looking forward to the new challenge that awaits me in Formula E, and would like to thank all those in charge at BMW i Andretti Motorsport for their trust,” said Dennis.

“I’m aware that I will be confronted with unique requirements in Formula E, which I will need to get used to first.

“But versatility has always been one of my strengths, and I am confident that, with the help of the team and my fellow driver Maximilian Günther, I will quickly get my bearings.

“Formula E is one of those race series that, as a racing driver, you really want to be involved in at the moment because the level of manufacturers, teams and drivers is higher there than anywhere else.

“I can’t wait to be starting a Formula E race in the BMW iFE.21 for the very first time.” 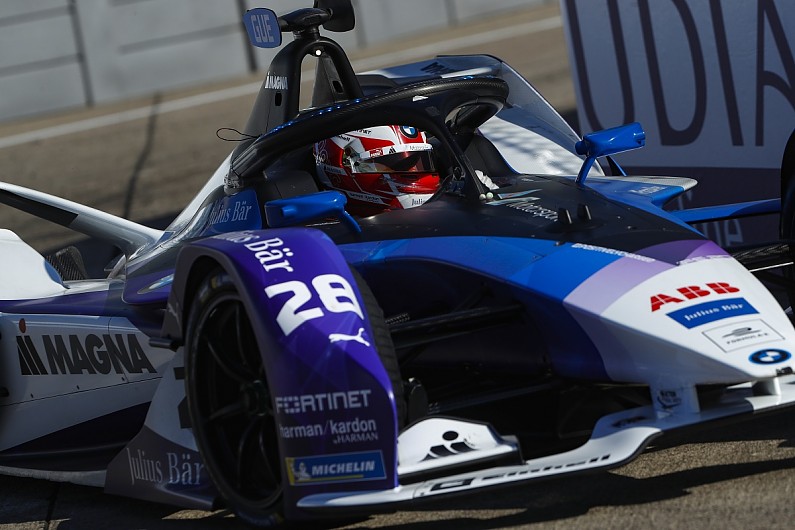 BMW ended the 2019/20 Formula E season fifth in the teams’ championship despite scoring three wins across the campaign.

Guenther finished as the outfit’s top driver in ninth after victories in Santiago and Berlin, while Sims – who was once in contention for the title – slipped to 13th in the final standings after failing to finish higher than ninth in the six Berlin races that concluded the season.

“His performances in the BMW Motorsport simulator and during test drives in the BMW iFE.20 were impressive which is why we decided to offer him the cockpit alongside Maximilian Günther.

“Jake made a name for himself through his appearances in the DTM and with his podium finish in the Bathurst 12 Hours, among other things.

“At the end it was clear to us that Jake Dennis brings the perfect full package that we desire from a driver in Formula E.”