Ferrari will implement minor upgrades on its SF1000 car for next week’s Russian Grand Prix at Sochi, but Scuderia boss Mattia Binotto insists the updates “will not change the big picture”.

Ferrari is in the midst of a dismal season in which it has drifted down the order, its performance weighed down by a weak engine and the aerodynamic deficiency of its 2020 car that has impacted tyre wear.

Unfortunately, a regulation freeze induced by the coronavirus pandemic has limited the team’s scope of development to small gains for the remainder of this season, with significant changes on both the engine and aero fronts pushed back to 2021.

“There will be small upgrades, but this will not change the big picture,” Binotto said.

“I think we are at the moment out of pace in the race, and we are somehow wearing too much the tyres. The upgrades will not be the ones that address it.

“I think on our side we need to review the projects, with the view of 2021. I think it will take some more time to do it.” 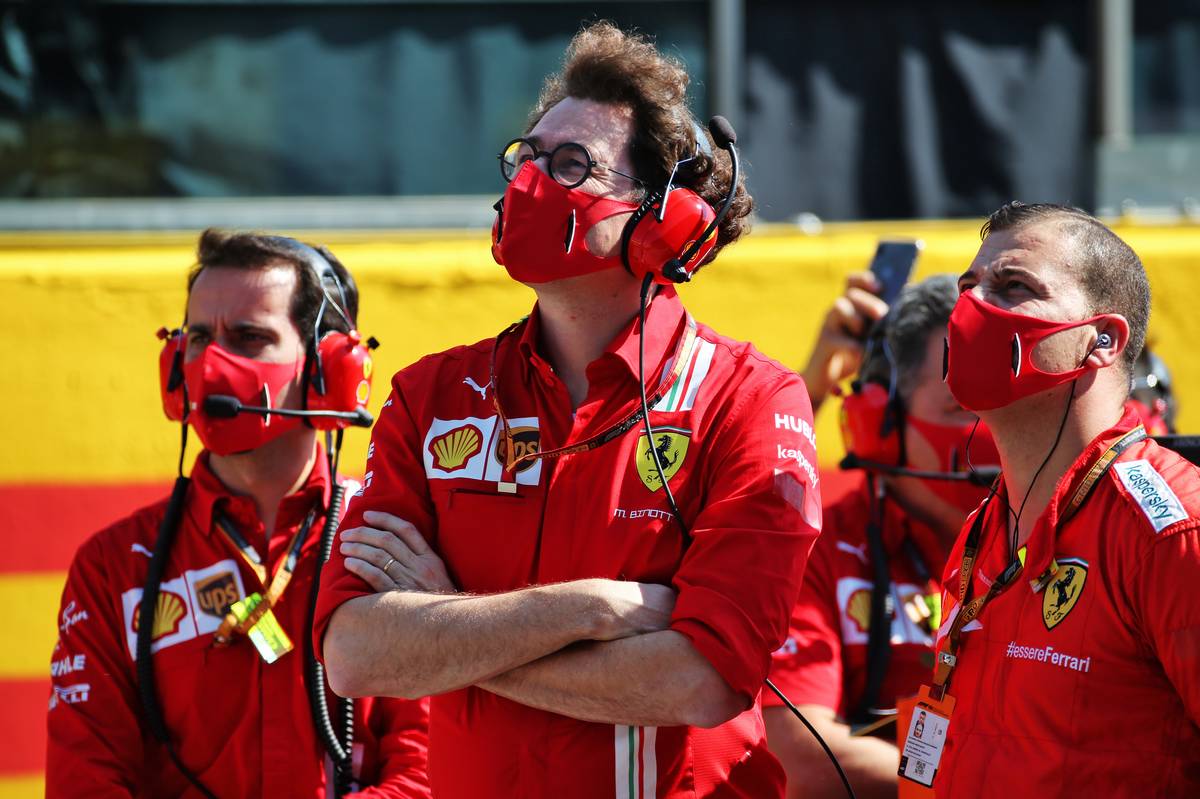 Despite the development restrictions that have been put in place for next year, Ferrari still sees “opportunities” to achieve a step forward with its 2021 contender.

A new engine is in the works and the Scuderia will seek to fully exploit a rule change that aims to reduce downforce levels by changing the shape of the floor on next year’s cars, a move promoted by Pirelli whose same-spec tyres will be used for a third season in 2021.

“The next single-seater will necessarily be an evolution of this one, because of the limit of the rules,” Binotto told Italy’s Corriere della Sera.

“But there are opportunities. The engine will be all new, it has been running on the bench for months, and we are counting on it.

“Plus, in these days , there is an important aerodynamic change being voted by the World Council, with modifications especially to the rear. It is a possibility to exploit”.