Formula One For Beginners: An Introduction

Formula One is primarily regarded as the pinnacle of motorsport in the world. It may be a Championship that was started only in the middle of the 20th century, but it has grown into a technological showcase for motorsport. Beating the bookie is an art, and you need vital information for that.

The launch of the Formula 1 calendar for a particular campaign is followed with great excitement. Earlier, the sport used to be widely Europe centric with a majority of the races taking place in mainland Europe. The last few decades have seen a substantial change with the sport heading to all parts of the globe. There has also been a sizeable difference in the type of races that have been conducted. Just a decade ago, all races were held in proper race circuits outside the city, but there are more street races and night races coming up in recent times. 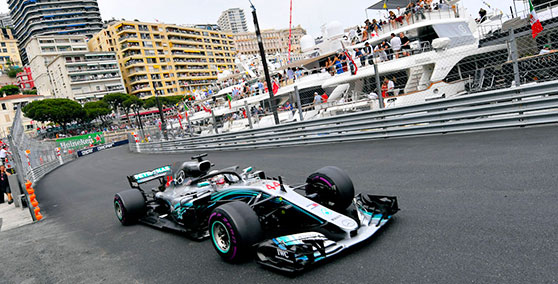 The Formula 1 schedule is structured in such a way that there is a race every fortnight if the locations are close. If not, there can be up to a month’s break – time that is useful for testing purposes. The race calendar is at the start of the campaign, but odds for individual races may not open up until 24 hours after the formula 1 results for the current event.

There are 10 different teams in the F1 Championship. They have two drivers in each team along with a plethora of reserve drivers. They are mostly involved in the work of testing the cars throughout the campaign. Organizations need to allocate several hundred millions of dollars as a budget every year to be at the top of the standings. Those unable to budget on such a scale end up fighting at the bottom end of the table.

The budget of a team depends on several factors like history, advertisement revenues, sponsorship, and ownership. A good chunk of the budget goes towards the salary for the driver, but the vast portion goes towards developing the cars. As the pinnacle of motorsport, F1 happens to possess all the latest advancements in car-related technology, and many have filtered down into regular vehicles over the years.

The 20 drivers on the grid are cherry-picked from a massive group of talent looking to be part of Formula One. These drivers have to handle a lot of stressful traveling and racing demands placed on them. There is a lot of traveling throughout the campaign while the more grueling part of the F1 championship comes in the actual races. Drivers can lose more than 3 kg of the bodyweight just after a race due to the amount of sweat that happens inside the cockpit. The G forces encountered by the driver throughout the race would be enough to snap the neck of an average human after just a couple of laps.

This incredible sport receives a lot of interest in the form of betting, which can be on Formula 1 drivers or teams. There are also plenty of opportunities thanks to a large number of outright markets and more than 20 races in a season. Some of the famous markets are:

The race winner is a straightforward market that will allow a punter to bet on the winner of the race. The odds for this market are available well ahead in advance of the competition. However, it’s better to wait until the qualification session – or even the practice sessions. This way, you will see the pace of the driver on a particular track before taking the plunge. The odds in this market are not appealing since there are only a small number of drivers capable of winning the event. Even though only if you are competitive, it is still possible to get decent odds.

The punter is backing a driver to finish on the podium without specifying the position. One can find that this market does not pay out a lot, considering that the number of competitive drivers ahead of each race is significantly smaller. However, an advantage of this market is the ability to get a payout by increasing the probability. This is because of bookmakers that payout irrespective of the podium position.

This is a market where speed makes all the difference. Irrespective of the opposition in the final grid, it is possible to set the quickest lap in the race. The punter will be targeting this driver that can set a lap quicker than any other driver. Several parameters do tend to decide the success of this market with a focus more on the fuel weight carried by the driver, their overall speed, and traffic conditions.

Betting Strategy for Formula One 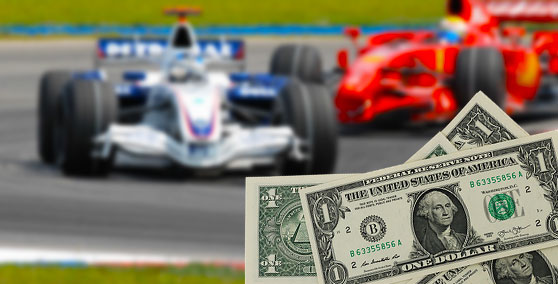 The betting strategy, when it comes to predicting the race winner in Formula One, can depend on several factors like:

Grid Position – The pole position is considered as a critical factor when it comes to predicting the outcome, as some circuits like Monaco have a higher percentage of pole positions leading to victories. Similarly, Monza has been able to provide a winner to start from pole position in more than 80% of the last 12 races.

Tires – The tire strategy of a team can have a significant effect on the success of the driver. The characteristic of the tires also needs to be taken into account. Some drivers are also better comes to managing the tires.

Weather – The weather forecasts should be checked before qualifying and race sessions, as it can have a dramatic impact on the outcome. The effect of weather is especially significant when it comes midway through a phase, as it can cause a change in tire strategy. There are also some drivers who tend to excel in rainy conditions while specific drivers struggle in the same. 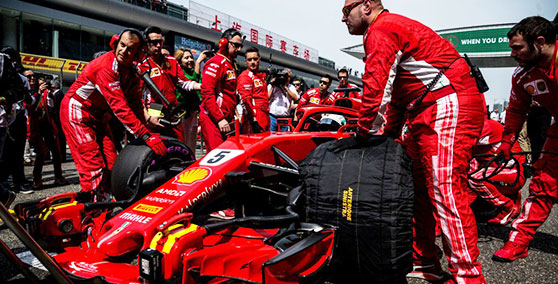 The results in this sport are significant when it comes to determining the Formula 1 champions. The table of the 20 drivers gets updated with points from each race. Every driver earns points as long as they finish in the top 10 places. The winner gets to go home with 25 points while the runner-up will get 18 points. The final podium position will provide 15 points to the drivers’ championship title. The competition for becoming the Formula 1 world champions is exceptionally intense with even teammates ending up squabbling with each other over lost points.

The constructors’ championship is also significant for the brand image of a team. After having spent a vast sum of money in the pursuit of the title, teams try to get the edge over one another throughout the campaign. Even with a lot of engine sharing going on, there is a tremendous amount of difference between teams at the top end of the grid and bottom end. The team also creates a vast deal of success through various strategies. Team principals often earn a large sum of money just for coming up with effective strategies. These strategies can be through car setup, tire tactics, or even pitstops.

A few years ago, the concept of team orders was also starting to influence the standings. This has been weeded out from the game, however. The teams used to favor one driver over the other out of the team orders. Now, the standings can be affected even when two drivers from the same team end up hurting the chances of their team’s success in the race.

There are several ways to catch Formula 1 teams in action. The popularity of this sport ensures the availability of several live streaming options, but people are busy with their lives may appreciate the presence of highlights. These highlights would be able to compress all the best information from the race weekend so that it can be used to apply the betting strategy for the forthcoming races. Unlike other sports, it is not tough to get hands-on the highlights, which is available from the official organization.

There is a great deal happening in Formula One daily, and this is why we’re here. We go above and beyond to provide you with the latest news. If the interest surrounding the Formula 1 standings is no longer high during the off-season, there is a lot of focus on the testing work done by the teams. The teams also try to improve their options at the wheel by bringing in new talent and sending out the old ones. Since there are just 10 teams involved in the season, there may not be much in the way of movement, but there is no shortage of speculation and rumor. It’s crucial to stay on top of the news to beat the bookie.

Formula One continues to be the pinnacle of motorsport on many fronts. It’s not surprising that the sport generates a huge deal of betting interest from around the globe. It’s one of the premier races to watch and enjoy. The proper application of strategy can also yield a successful betting experience in this sport.