Formula E will hold its first-ever night races in Saudi Arabia next season with the lighting systems to be powered by fully renewable energy.

The double-header round will take place across 26 and 27 February in Diriyah – races three and four of the 14-race 2020-21 calendar – and both will run in low-light conditions.

A low-consumption LED set-up that reportedly requires 50% less energy than a conventional system will be used to illuminate the track.

The remaining floodlights will then be fuelled by “high-performing low-carbon vegetable oil made from sustainable materials”.

“I am confident the race will be spectacular and lead to a style of competitive action we haven’t seen before.

“As with everything we do, our first thought was about how to bring our sporting vision to life in a sustainable way.

“Before we innovate our racing product, we must be confident we can maintain the standards of sustainable practice we hold ourselves accountable to.” 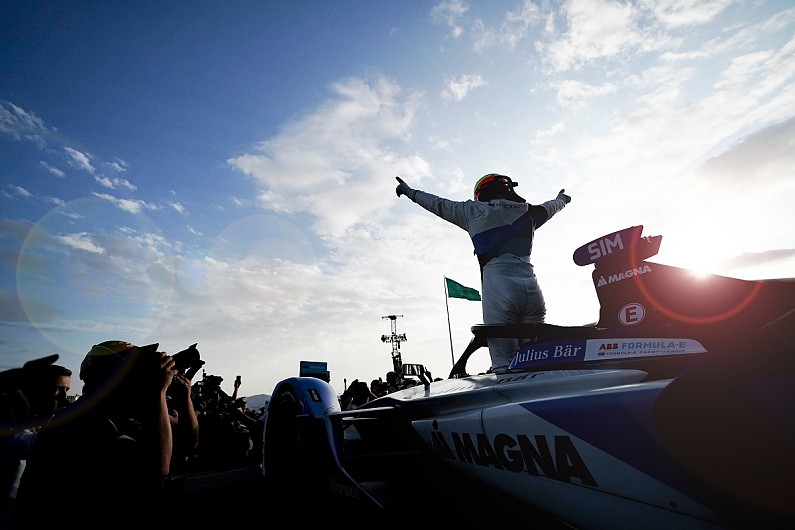 FE remains the first sporting championship to possess a net-zero carbon status since its inception for the 2014-15 season.

The inaugural Saudi E-Prix in 2018 was the country’s first major international sporting event, while the 2019-20 races were the first FE double-header to be held in the Middle East.

Prince Abdulaziz Bin Turki AlFaisal Al Saud, the Saudi Arabia minister of sport added: “In 2018, the ancient historical city of Diriyah made history in hosting the first fully electric race on the streets of the region.

“The debut event sparked so much joy and energy to our sporting journey and was one of a number of major sporting firsts that have since inspired our people and helped to shine a spotlight on Saudi Arabia’s massive transformation under the Kingdom’s vision 2030.

“In 2019, Diriyah was the first to host back to back races during a race weekend and now once again we will make sporting history.

“It is very fitting that a place so ancient will showcase the latest in sustainable technology as Diriyah lights up to shine bright for the world to see.

“We look forward to the dramatic racing and incredible scenes that are guaranteed to unfold under the lights.”

Formula 1 will visit Saudi Arabia for the first time next year for a street race in Jeddah, which will also take place at night.