McLaren Racing has signed an agreement with Formula E that gives the outfit the option to join the championship for the Gen3 era beginning in 2022.

The deal does not guarantee absolutely that McLaren will race in the series, but it does formally assure the eight-time Formula 1 constructors’ champion of an entry on the grid.

This follows the December announcements that both Audi and BMW will exit FE at the end of the forthcoming 2021 season, freeing up two vacancies from the 12-team field.

The agreement also follows the precedent of Mercedes, which secured an option to join FE in October 2016 ahead of the 2018-19 campaign – although the HWA Racelab concern that contested FE for one season did act as a precursor to the manufacturer’s full-time attack.

“They’re going to do some work and evaluation on that over the coming months and then make a decision.

“If we can go from the option stage to full confirmation, I think that would be very exciting.

FE co-founder and chairman Alejandro Agag said: “McLaren Racing securing an option to join the Formula E grid from Gen3 is testament to the ongoing impact of our sport.

“With some of the most famous names in motorsport already competing in Formula E, we are thrilled that McLaren Racing has decided to examine a potential entry to Formula E.”

McLaren Racing CEO Zak Brown said last month that the team was evaluating an entry into FE for the Gen3 regulations, which will be headlined by a 120kg car weight reduction and a power boost up to 350kW – equivalent to 470bhp. 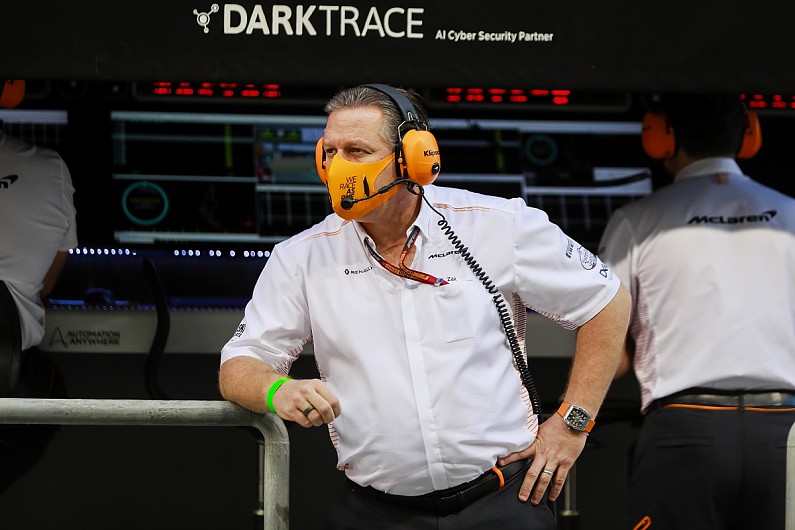 In recent years, the Woking-based team has increased its racing involvement beyond F1, including two Indianapolis 500 entries for Fernando Alonso before partnering Arrow Schmidt Peterson Motorsports for a full-time programme that commenced in 2020.

It is also interested in the World Endurance Championship and IMSA SportCar’s nascent LMDh category.

Brown said: “We’ve been closely observing Formula E for some time and monitoring the series’ progress and future direction.

“The opportunity to take an option on an entry and the completion of the McLaren Applied supplier contract with the FIA at the end of Gen2, gives us the necessary time to decide if Formula E is right for McLaren as a future competition platform.”

McLaren Applied has been the sole battery supplier for FE for the four-year Gen2 rules set but will be replaced by Williams Advanced Engineering for Gen3.

Reigle added: “We are delighted that McLaren Racing, one of the most iconic names in motorsport, has secured an option to join Formula E.

“McLaren has contributed immensely to Formula E’s success as suppliers of our Gen2 battery systems.

“We now look forward to working with McLaren Racing to demonstrate the sporting and commercial potential of Formula E and devise ways to elevate the series to a new level, as part of their evaluation.”