Monza Speed Trap: Who is the fastest of them all?

However fast an F1 car is designed to go, it has the potential to reach or even exceed its top speed capabilities at Monza.

Slipstreaming is an art at Italy’s Temple of Speed where a well-timed run in the low-pressure wake of a preceding car can deliver significant gains in terms of velocity and boost the momentum of even the most under-powered car.

Case in point: Ferrari’s engine woes are well chronicled, with the sheer output of Maranello’s current power unit reined in since last year by the FIA’s watchdogs, but holy prancing horse, guess who topped the speed trap readings in qualifying?

Well, it wasn’t a Ferrari, but it was a Ferrari-powered machine, with Kimi Raikkonen’s Alfa Romeo flashing through the sensors at a whopping 354.5 km/h!

Of course, the Iceman’s performance must be considered in the context of the Alfa’s aero settings and the likely significant draft exploited by the Finn. Especially as another Ferrari-powered driver, Sebastian Vettel, is listed at the other end of the spectrum, a full 20 km/h adrift.

The numbers perhaps also support Red Bull’s view that Monza, despite being a power circuit, is not a representative track to judge the full impact of the FIA’s ban on special qualifying modes.

We’ll have another look at this next week at Mugello. 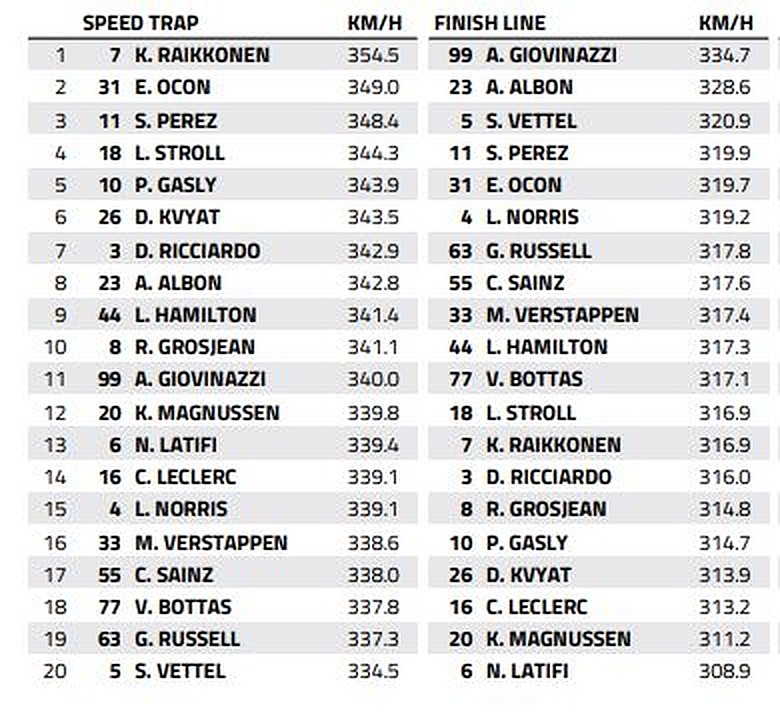