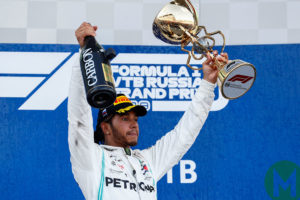 The run to the first corner is over 900 meters. It took quite long before the red lights turned off this time and all cars got away clean. Sebastian Vettel in the Ferrari and Carlos Sainz in the McLaren had a very good start and could attack the guys in front.

Vettel who was on P3 could pass the Mercedes of Lewis Hamilton and got a slipstream of his team mate Charles Leclerc. Vettel also overtook Leclerc and he turned in on P1 for the first corner. Sainz almost overtook Hamilton for P3, but Hamilton defend the inside of the corner, Sainz had to settle for 4th.

In turn 4 Antonio Giovinazzi got sandwiched in the braking zone by Romain Grosjean and Daniel Ricciardo. The Italian driver could not avoid a collision and a retirement of Grosjean’s Haas and a rear left puncture for Ricciardo was the result. By miracle the Alfa Romeo driver could go on without any damage. A virtual safety car was needed to recover the damaged car of Grosjean. Ricciardo drove slow enough to not damage his car with his flat tyre and returned to the track as last on the hard tyre to drive out the race.

In lap 6 a Ferrari radio message was broadcasted in which Leclerc’s engineer tells him that Vettel will let him by for the lead. One lap later Kimi Raikkonen received a drive through penalty for his false start with the Alfa Romeo, to make his miserable weekend in Russia even worse.

Nico Hulkenberg who was driving on P9 was the first to do his pitstop to switch to hard tyres. The pits stop took over 6 seconds, because the jackman on the front made a mistake.

In lap 28 Vettel had a technical problem and had to stop the SF90 that caused a virtual safety car. All drivers who still had to do their stop came in. Hamilton also pitted and even came back on track before Leclerc. When the virtual safety car ended George Russell lost control of the Williams. He ended up in the barrier and a safety car was needed to recover his damaged car.

In lap 33 the safety car was gone and the whole pack was racing again. The position were all mixed up because of the 2 safety car period. Hamilton was on P1, Bottas on P2, Leclerc on P3 and Verstappen on P4.

Although the Ferrari of Leclerc has a much higher top speed than the Mercedes of Bottas, the Monegasque driver could not pass the Finn for P2.

Kevin Magnussen, Haas no. 8 received a 5-second time penalty for leaving the track and gaining an advantage. 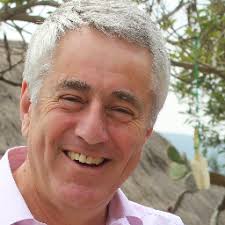 John Swann began his writer career in motor racing while still a student, reporting on Formula 1 races in the summer of 1976. He travelled from race to race, living in a tent. He joined MaxForceRacing Team 1 year ago and working in the world of touring car racing (Formula 1, Formula E, Moto GP and other).

F1 Betting Guide
F1 betting is one of the most popular markets out there in the betting community,...
read more
17 Oct. 2019

Top 5 Greatest MotoGP Riders of All Time
MotoGP is the oldest Motorsport in the world. The first World Championship was held in...
read more