The Venturi Racing Formula E team has been sold to an investor group led by championship co-founder Alejandro Agag’s brother-in-law, but Susie Wolff will remain as team principal.

Venturi has been an FE mainstay since the inaugural 2014-15 season, with driver Edoardo Mortara scoring the team’s first – and so far only – win in the 2019 Hong Kong E-Prix.

Wolff, who joined as team principal in June 2018, will remain in her role alongside newly-appointed deputy team principal and ex-Mahindra FE driver Jerome D’Ambrosio.

Taking over as Venturi chairman, Swid said he and his backers had been evaluating a move into Formula 1 three years ago but delays in implementing a firm cost cap had played a factor in looking elsewhere.

Speaking as part of a call with select media, Swid said: “Every problem I had in Formula 1, Formula E solved all of the problems as a business case – in terms of competition, ability to make money, fair and equitable chances of winning a race.

“Alejandro has set this up to be the anti-Formula 1.

“I had never looked at Formula E, but Jose and I were looking at this space and we met Susie [in December 2019] and that was it.”

Announced a week after Audi and BMW revealed they will quit FE at the end of the 2020-21 season, Swid added that Mercedes’ overall participation in the series was more important to the buyout than Venturi’s standing as a powertrain customer of the German manufacturer. 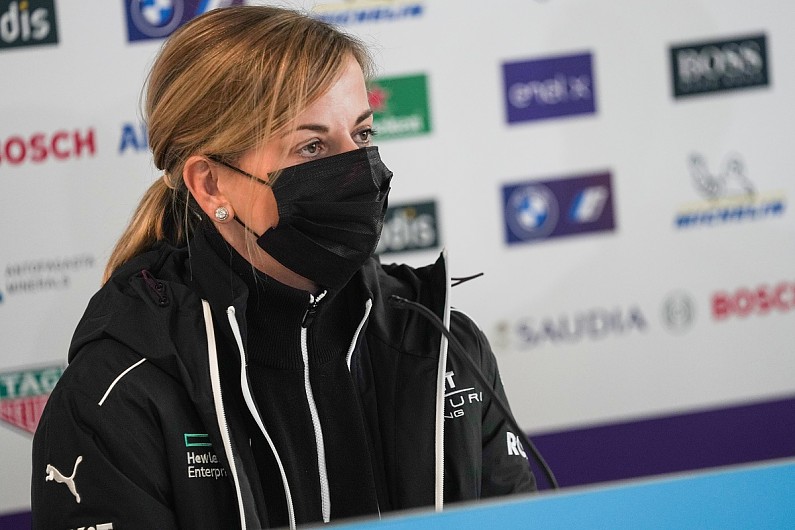 Wolff added: “The investment experience of Scott and Jose will strengthen the team’s capabilities and provide us with interesting new perspectives and opportunities for the future.

“This move also demonstrates the positive role that the forthcoming cost cap has to play in the commercial viability and therefore appeal of the sport to investors and partners.”

The investment only concerns the Venturi FE team and not Venturi Automobiles, which targets breaking electric land speed records and has a nascent space programme, for which team founder Gildo Pallanca Pastor will remain in control.

“As the focus of my attention moves away from the racetrack to the proving ground, where we continue to raise the bar with record breaking electromobility, and to the sky with our equally pioneering space endeavours, I know that the team is in very safe hands,” said Pastor.

Swid also confirmed that Venturi’s decision to withdraw its provisional entry from the maiden Extreme E season in 2021 – to be replaced by Techeetah – was a separate decision made by Venturi Automobiles.

Rokit will remain in place as a title sponsor for the 2020-21 season, for which Venturi has promoted reserve driver Norman Nato to replace ex-F1 driver Felipe Massa alongside Mortara.