Barcelona Speed Trap: who is the fastest of them all?

If there is any doubt about the efficiency of Mercedes’ W11 chassis around Barcelona’s demanding Circuit de Catalunya, a look at Saturday’s speed trap readings will dispel any ambiguities.

Barcelona typically caters to cars with superior aerodynamic qualities. Indeed, the widespread view is that a car that performs well around the 4.6km layout usually performs well everywhere.

Mercedes’ outstanding engineering excellence in the engine department is undisputable, with the German manufacturer’s unit holding an edge over its rivals since the advent of the hybrid era in F1 in 2014.

And yet, Spanish Grand Prix poleman Lewis Hamilton clocked in with one of the lowest top speed readings of the field in qualifying, flashing past the speed trap at 317.8 km/h or over 10 km/h slower than the McLaren of top speedster Carlos Sainz.

The performance brings us right back to the Black Arrow’s chassis, whose efficiency more than makes up in the sweeps and corners for the W11’s ‘laggard’ velocity down Barcelona’s main straight.

But Mercedes’ remarkable grip also submits its tyres to extreme levels of energy, and when operating conditions induce maximum stress, the risk of failures rises, as Hamilton and Bottas both experienced in the British Grand Prix recently.

Tyre management will once again be paramount this afternoon in Barcelona. 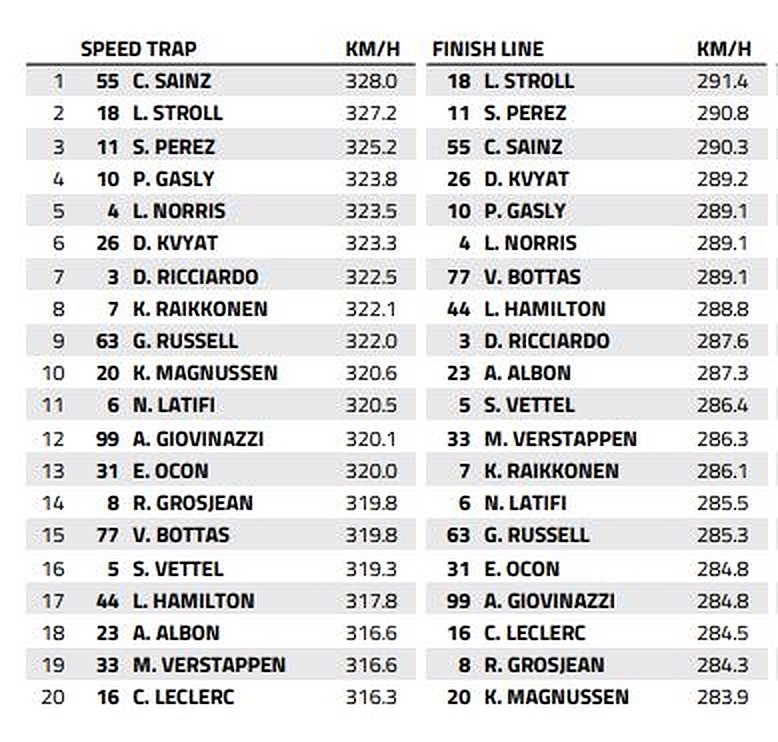