Lewis Hamilton accepts the fans grievances over the current boring nature of F1, but the six-time world champion says the sport’s decision makers are the ones who should be pressured to improve the show.

Hamilton and Mercedes’ dominance at Spa last weekend was never challenged and reflected an all too familiar picture this season for fans.

The Belgian Grand Prix unfolded without any drama for the top three – Hamilton, Valtteri Bottas and Max Verstappen – but also without any close racing for the trio, with Red Bull’s main charger lamenting a “pretty boring” afternoon that was anything buy “enjoyable”.

Hamilton sympathized with those many fans who are disappointed with the lack of action among the front-runners and the predictable outcome, race after race.

“I can’t speak for the fans but having been a fan, growing up, having watched the Schumacher era of course, I know what it’s like,” Hamilton said.

“As soon as the start was done and the restart, you generally know that I don’t make too many mistakes, and the same with these drivers, they’re very, very consistent.

“It’s very difficult to overtake in this circuit, so I can imagine it’s definitely not the most exciting. I feel exactly the same as Max.

“I hope the next races, I really hope that we have more of a race, because I think everyone wants to see us all battling together.” 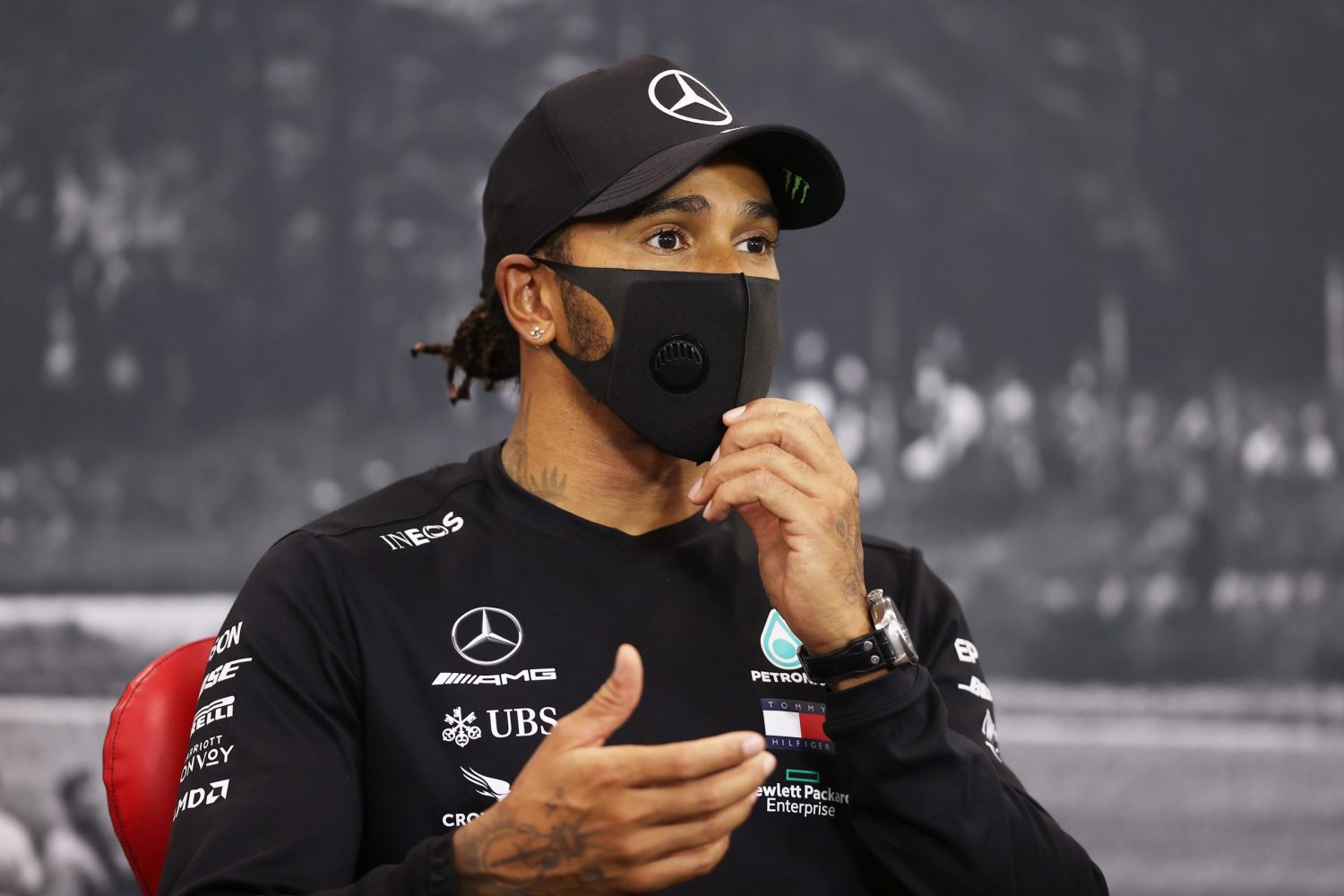 Hamilton insisted that neither the drivers nor the teams were responsible for the often-lethargic processions that take place on Sundays, underscoring the need for the powers that be to improve the spectacle on the track, a change many hope will come to fruition in the wake of F1’s regulation overhaul in 2022.

“I hope that people understand that this isn’t our fault,” Hamilton said.

“At the end of the day we’re drivers, we’ve come through all the ranks, we’ve earned the positions that we have and we come in weekend in, weekend out, devoted and give absolutely everything to go out there and perform at our best.

“Ultimately the decision makers who design the cars, who set rules and those kind of things, are the ones that you could apply pressure to, to ultimately do a better job moving forwards, if that’s possible.

“I’m hopeful that’s what they’re going to do in 2022 and with that new type car, maybe we’ll see a different form of racing where you can follow.

“Wouldn’t that be something if we can follow closer and have more close races?”

PREVIOUS POST
Schumacher tipped by uncle Ralf to join Hulkenberg at Alfa Romeo
NEXT POST
Spa Speed Trap: Who is the slowest of them all?