Spa Speed Trap: Who is the slowest of them all?

That’s right, instead of asking who the fastest driver in a straight line at Spa is, we’ve formulated the question contrarily, because the answer is simply more compelling.

As a power circuit, Spa-Francorchamps was always going to be a challenge for Ferrari. But the magnitude of the Scuderia’s deficit to its rivals this weekend – and the shortfall of all Ferrari-powered cars – really drives home the extent of the disaster that inhabits the House of Maranello.

The slowest five cars in Saturday’s qualifying were all powered by Ferrari, while Sebastian Vettel’s top speed up the Kemmel straight was slightly better.

Ferrari’s engine saga involving its confidential agreement with FIA has been well chronicled, but it’s interesting to hark back to last year’s Belgian Grand Prix, the first race after the 2019 summer break and the first ‘sortie’ of the Scuderia’s improved power unit.

One year ago, Vettel was fastest through the speed trap with a top speed of 317.7km/h. This year, the German’s velocity was measured at just 308 km/h.

Discounting year-over-year aero differences, the deficit remains significant, and it begs one question: just how badly were Ferrari breaking the engine rules in the second half of 2019? 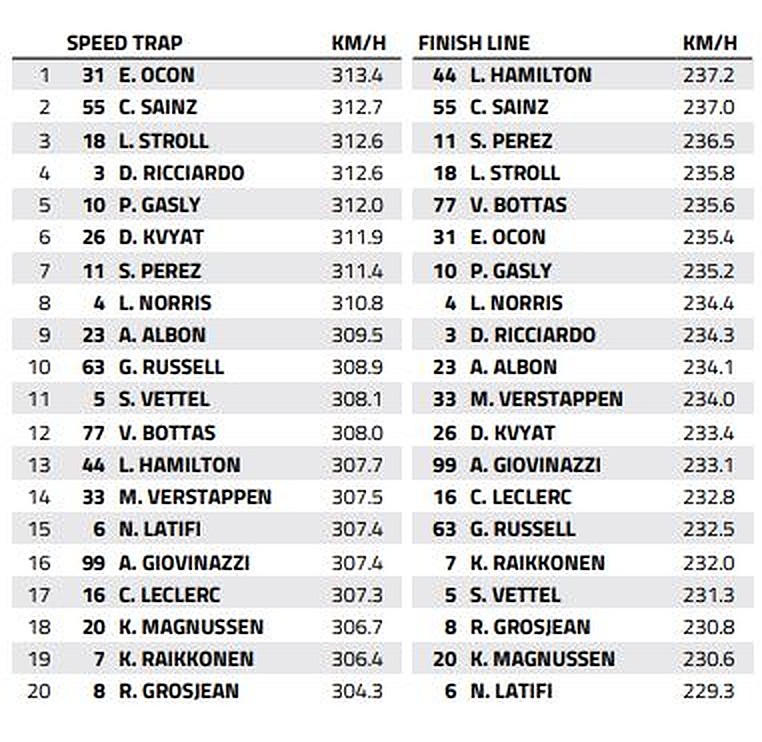