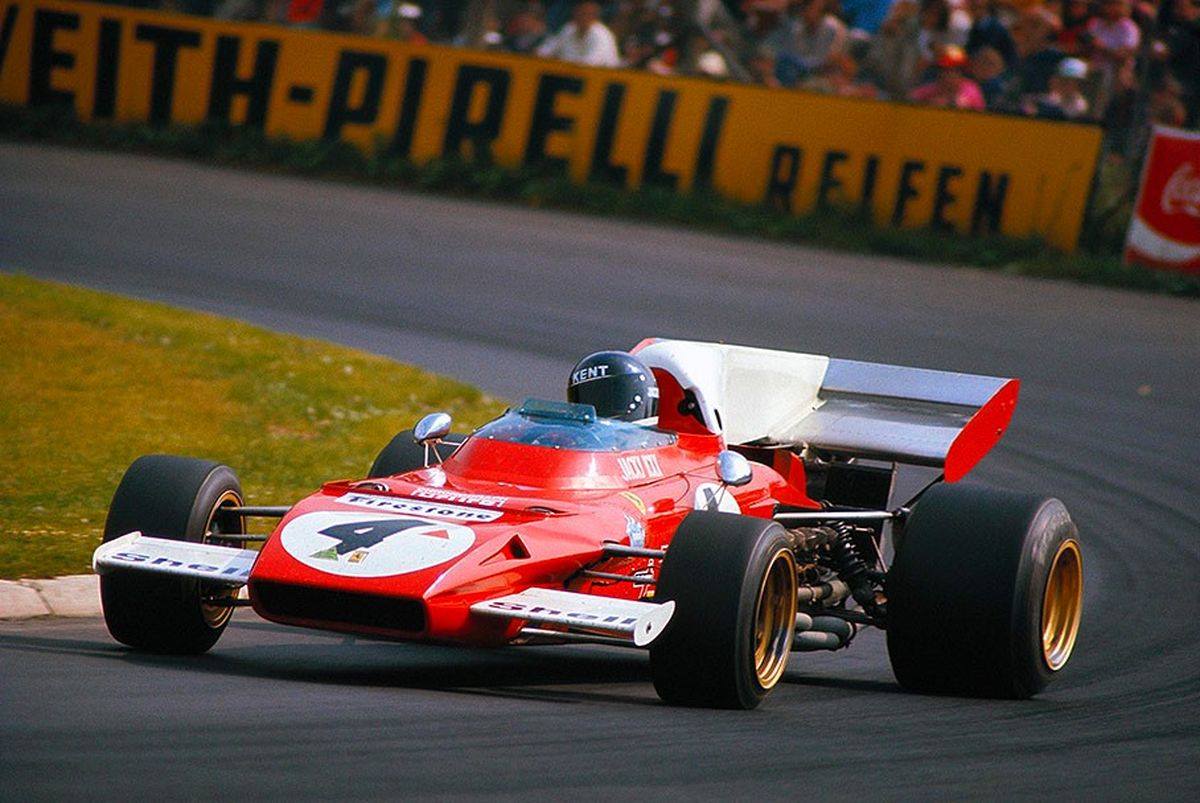 On this day in 1972, Jacky Ickx led home a Ferrari 1-2 at the German Grand Prix held at the Nurburgring.

A master of the daunting ‘green hell’ circuit, the Belgian ace enjoyed a flag-to-flag win at the wheel of his beautiful 312B2, dominating a field from which championship leaders Emerson Fittipaldi and Jackie Stewart were both forced to retire.

The latter was battling the Scuderia’s Clay Regazzoni for second on the final lap when the two cars touched, pitching the Tyrrell into the barriers, much to Stewart’s dismay.

Ickx’s triumph was his eighth and final Grand Prix win.