McLaren to keep Sainz 'fully involved' until end of season

McLaren F1 boss Andreas Seidl says the team is planning on keeping Ferrari-bound Carlos Sainz “fully involved” in its technical briefs until the end of the season to boost its chances of securing third in the Constructors’ championship.

Sainz will depart the Woking-based outfit at the end of the current season to join Ferrari, a departure that would have typically implied a sidelining of the Spaniard from McLaren’s ongoing technical discussions.

But Seidl says that keeping Sainz in the loop alongside teammate Lando Norris will strengthen McLaren in its battle in the championship against the likes of Racing Point and Renault.

“At the moment, Carlos is still fully involved in everything we are doing here at the track and also back home,” said Seidl.

“We clearly have the philosophy that that’s the right way forward in order to get the maximum out of Carlos also. 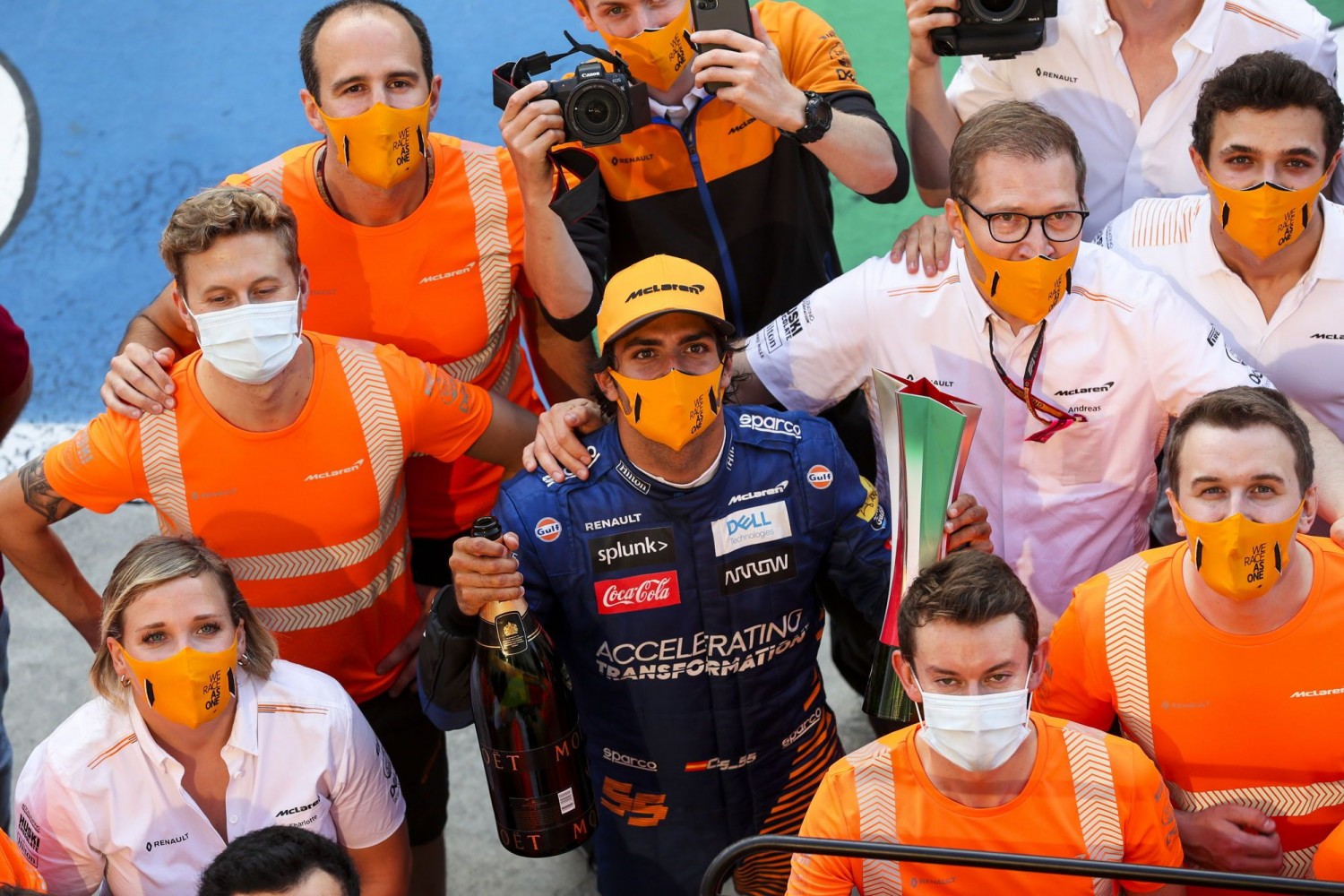 “In the end, we share the same goals this year. He wants to get maximum points and results, and the same is happening on our side.

“That is valid for us as a team. And to be honest, I think we will go ahead like this until the end of the season.”

McLaren’s mid-field rival Renault is theoretically in the same position as the papaya squad, with a departing Daniel Ricciardo possibly taking sensitive information with him to Woking.

But Renaut F1 boss Cyril Abiteboul minimized that threat, insisting that next year’s regulation freeze coupled with McLaren’s switch to a Mercedes power unit will leave its rival with little breadth for development.

“With the way that the structure is, that the cars are more or less frozen between this year and next year,” explained Abiteboul, uoted by Motorsport.com.

“And also McLaren will have to use all their tokens on the pure chassis/engine integration, so no performance development there, that will give us the opportunity to work extremely normally with Daniel.

“The only thing is he won’t be exposed to 2022. But frankly he would not be anyway, because it’s still a bit far away from a driver perspective, even though a substantial part of our workforce is already on to 2022.”

PREVIOUS POST
What channel is Formula 1 on today? TV schedule, start time for Russian Grand Prix
NEXT POST
The Hulk pops the question in Venice!