Porsche has reaffirmed its commitment to Formula E for the foreseeable future following the high-profile exits of fellow German brands Audi and BMW this week.

Both Audi and BMW announced that they will leave Formula E at the end of the 2020/21 season, questioning the relevance of the championship for manufacturers and dealing it with a “wake-up call”.

The two marques offered a similar reasoning for their withdrawal, with BMW saying it has “essentially exhausted the opportunities” to develop its technologies in Formula E, and Audi stating that it already served its purpose for the manufacturer as electric cars are nearing the point of mass adoption.

However, in a statement, Porsche Motorsport’s vice president Fritz Enzinger confirmed that the marque will remain in Formula E, saying the marque “is convinced of the unique concept and outstanding stage” that the series provides and will continue to use it to “expand our outstanding competencies in the field of electric powertrains.”

But Enzinger supported the view of Mercedes’ motorsport boss Toto Wolff, who called for changes in Formula E, including a reduction in cost of competing in the series. 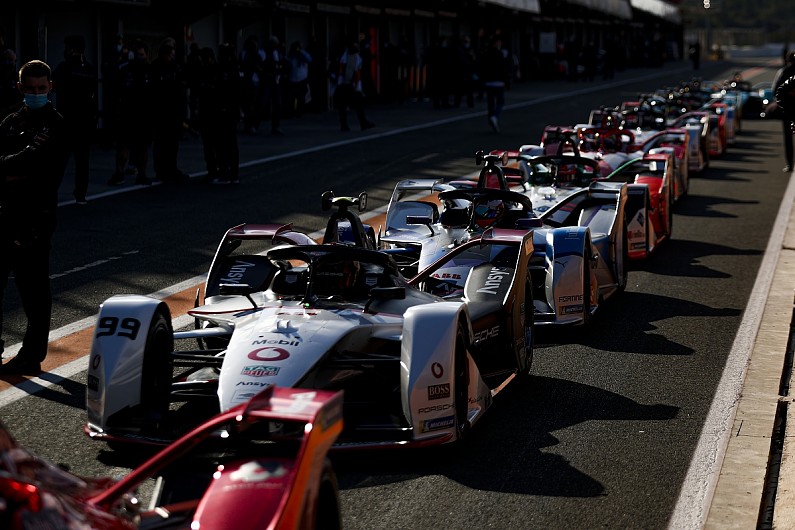 “We are pleased to make a statement about our continued participation in the ABB FIA Formula E World Championship,” said Enzinger.

“Porsche is convinced of the unique concept and outstanding stage in order to strengthen electric mobility and to reach another audience.

“Formula E is the stage to develop and expand our outstanding competencies in the field of electric powertrains – bringing them from the racetrack into series production.

“We echo Mercedes, we should take the current situation as a chance to sit down, evaluate and understand further potentials to make this young championship even stronger in the near future.”

Porsche is a relatively newcomer to Formula E, joining the series during the 2019/20 season along with Mercedes – although the latter already had an affiliation with HWA during the previous campaign.

Porsche is also evaluating an entry into the LMDh class ahead of its introduction in the FIA World Endurance Championship in 2022 and the IMSA SportsCar Championship the following year.

When Audi announced its exit from Formula E on Monday, it revealed that it is doing so to “intensively prepare” for an LMDh programme that would include the Le Mans and Daytona 24-hour races, and a Dakar Rally entry from 2022.

However, Porsche has since confirmed that Audi’s ambitions to compete in the LMDh class will not affect its own bid to race in the top-flight of sportscar racing.