Double DTM champion Rene Rast has been signed full-time by the Audi Formula E team to contest the 2020-21 season alongside Lucas di Grassi.

Rast, part of the Audi driver programme since 2009, was called up to replace Daniel Abt at the team after the two-time E-Prix victor was sacked for having a sim racer take his place in an Esports competition.

As a result of the disruption to the FE calendar caused by the global health crisis, Rast was able to take the seat when the stand-in six-race season finale in Berlin did not clash with his German touring car commitments.

In the last of three double-header events at the Tempelhof Airport venue, Rast scored a maiden podium and then followed it up with a fourth-place finish in the final race of the season.

Rast, 34, said: “The races in Berlin have definitely whetted my appetite for more, so I’m now looking forward to my first full season in Formula E.

“Starting in this world championship for Audi is the next exciting chapter in my career and I am really looking forward to it.”

The announcement gives Rast a core motorsport programme for the 2021 season, with the Team Rosberg driver set to exit the DTM at the end of the current campaign on the back of Audi quitting the championship. 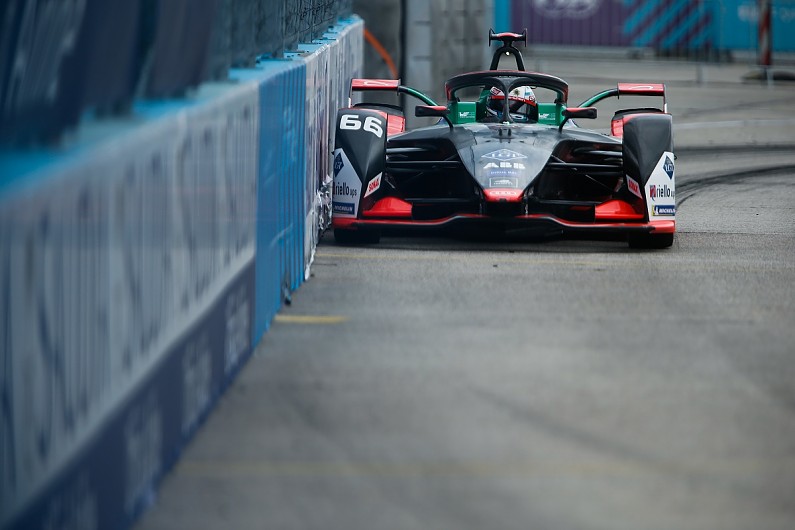 However, following four straight wins in the most recent two rounds at the Zolder circuit in Belgium, Rast is on course for a hat-trick of DTM titles having surpassed Nico Muller at the top of the standings by 19 points with only a brace of races at Hockenheim remaining.

Audi head of motorsport Dieter Gass said: “With his impressive performances in Berlin, Rene proved that he feels comfortable in Formula E and at the same time is also fast and successful.

“He has absolutely earned his place in our Formula E team.”

Ten-time FE race winner Di Grassi, also the 2016-17 champion, will remain at the team for a seventh straight season and will maintain his record of starting every race in the championship’s history.

“For me, it was extremely important to have two drivers who push each other to peak performance,” added Gass.

“With Lucas and Rene, we have succeeded in doing this brilliantly.

“Lucas is the most successful driver in the field and extremely hungry to win his second title. René has already left an impressive mark in Berlin.

“We are enjoying his determination year after year in the DTM. I am already looking forward to experiencing it in Formula E.”