Ferrari: Both drivers must 'make the most' of current package

Ferrari head of performance development Enrico Cardile says the Scuderia must do everything that is in its power to allow both its drivers to get the most out of its current package this weekend at Silverstone.

Last weekend’s first round of racing at the British track saw Charles Leclerc qualify reasonably well in fourth place, the Monegasque following up that performance with a podium on Sunday, achieved with a bit of luck following the tyre drama that marred the end of the race for Mercedes.

But Sebastian Vettel was on the back foot from the outset, losing track time on Friday and Saturday morning after a few gremlins crept in and never feeling comfortable with the handling of his SF1000 on race day.

“Last weekend’s ambivalent result should serve as double motivation: on the one hand we will be trying to repeat the positives we saw, such as qualifying in particular, on the other we must do all in our power so that both drivers, not just one, are able to get the most out of our current package, starting off by not losing valuable time through reliability problems,” said Cardile.

“On the technical front, the SF1000 will be in the same configuration as last weekend.

“We will try to optimise every aspect, especially in terms of tyre management over a long run.

“In fact, Pirelli is supplying a range of compounds that are a step softer compared to those used in the British Grand Prix.

“All the teams thus face a new challenge, both in qualifying and the race. The forecast is again for settled weather with hotter than usual conditions for this part of the world, so the picture becomes even more complex.” 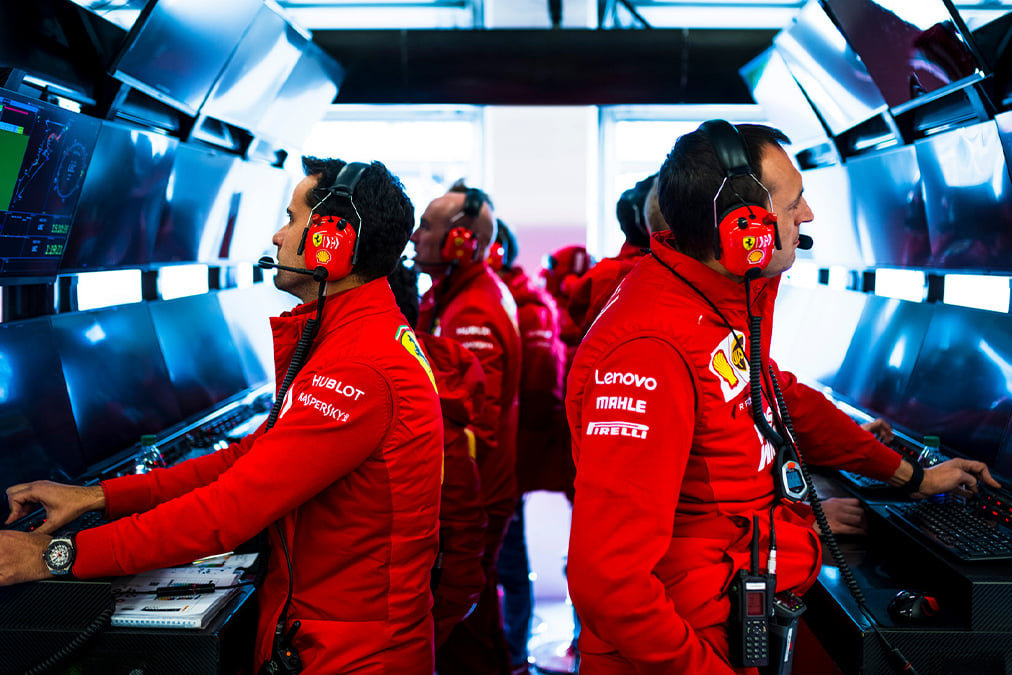 Despite Leclerc’s poduim finish in the British Grand Prix, Scuderia boss Mattia Binotto admitted that Ferrari has fallen down the pecking order and is barely able to remain ahead of its top midfield rivals.

“Certainly we are behind Mercedes and Red Bull. I think we are very close to the others,” Binotto said.

“Here [at Silverstone] we brought a low downforce package which was worth a couple of tenths in optimising our package. But I think it’s pretty close.

“There will be races where we are closer and others where we eventually stay ahead. So it is our task, our duty, to develop the car.”