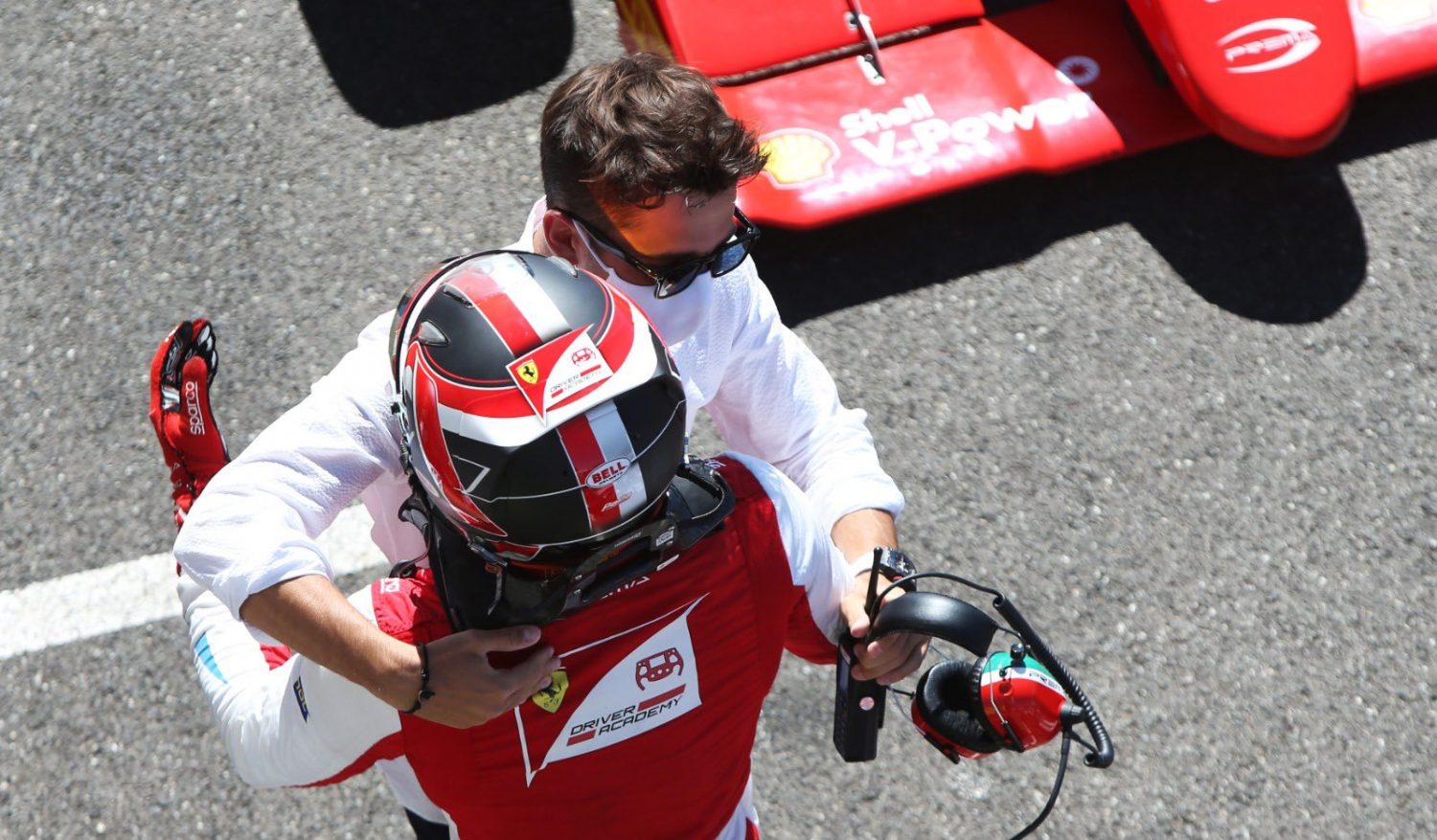 Charles Leclerc took advantage of a rare free weekend to visit brother Arthur at Paul Ricard on Sunday where the latter was competing in the FIA Formula Regional series.

The Prema Powerteam charger and Ferrari Academy member was spurred on by his brother’s support, prevailing in two races and finishing P2 in a third.